Blessings of ancestors are greater than those of living human beings.

This year, it marks 82 years of the wars end,we are blessed with the discovery of the untold truth of the Afrakan Colonial Soldiers. The discovery of our black world that was buried in time and currently brought to you by new revolutionary voices from a far that are calling globally.

Walk of death is one of the horrors of world wars and crimes of colonialism that deserves a lengthy or lasting memorial. It happened 78 years ago, when more than 33,000 South Afrakan soldiers and other soldiers from Afrakan states were captured as Prisoner of War in Tobruk, Libya.

My grandfather: BMT4379 -Benjamin Satiba Makgate was amongst those great men and he noted the happenings of their captivity in his diary.

At this moment, the Europeans esp. the German people are frightened by the word FRONSTALAGS, which reminds them of their crimes. It turns out that world history that has been written by white historians is blind and mentally unsound when it comes to Afrakan heroes, the real heroes and veterans of wars. Afrakan soldiers were crucified during the walk of death and some survived the ordeal in Europe and the white world has never televised them. Remember that our Afrakan History was written by white historians on a white page with a white ink therefore narrating it was difficult for centuries.

Bear in mind that it started during the devastating 1 st World War, Afrakan Colonial Soldiers contributed to end the war that created miseries to the continent. Afraka is a bee that’s been tormented for its own honey.

Our great-grandfathers, grandfathers,fathers and uncles were conscripted to join the forces and displayed as canon fodders in both wars. More than two (2) million Afrakan soldiers died and they didn’t have without proper burials and there were no compensations for their families.

Black families were torn apart by European and western militarism, alliances, imperialism and nationalism where as Afraka was not supposed to be part of the wars as a victim of its own resources and wealth.

We inherited this trauma as the descendants of great men who have dehumanized by white supremacy systems.

We are facing a psychological problem because at this moment, Afrakans/Afrakan descendants are in an inferiority mental state that caused by these crimes of colonialism and it settled very well in their souls and paralyzed them.

We are afraid of changing the historical narratives. We care much about the former colonizer’s feelings than our trauma and de-colonizing history.

In our life time, we must commemorating them through raising them from the dead, walking miles in their shoes and facing the descendants of the colonizers tohonor and unfastening the white sheets that covered our black greatness for centuries. Let’s make Walk Of Death – Untold Truth Of The Afrakan Colonial Soldiers it rememberable and respected because every day of our lives is a page of our history. 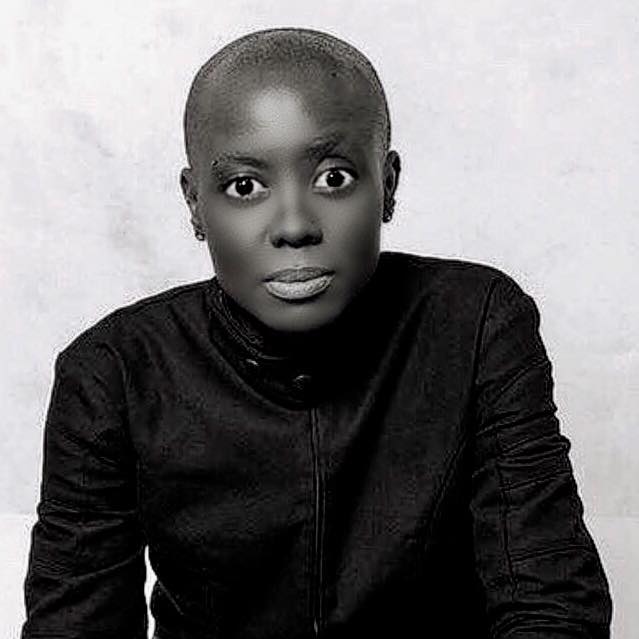 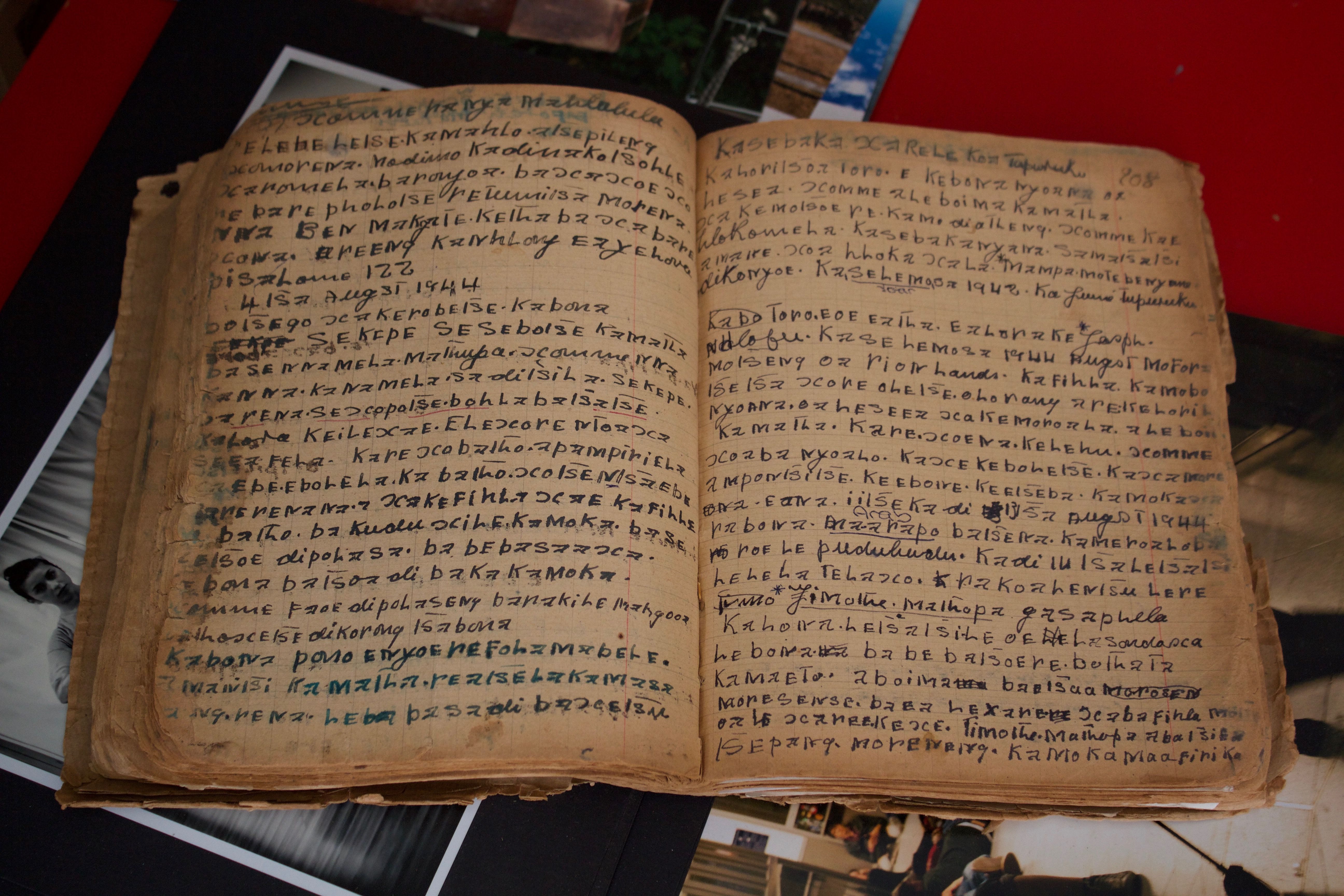 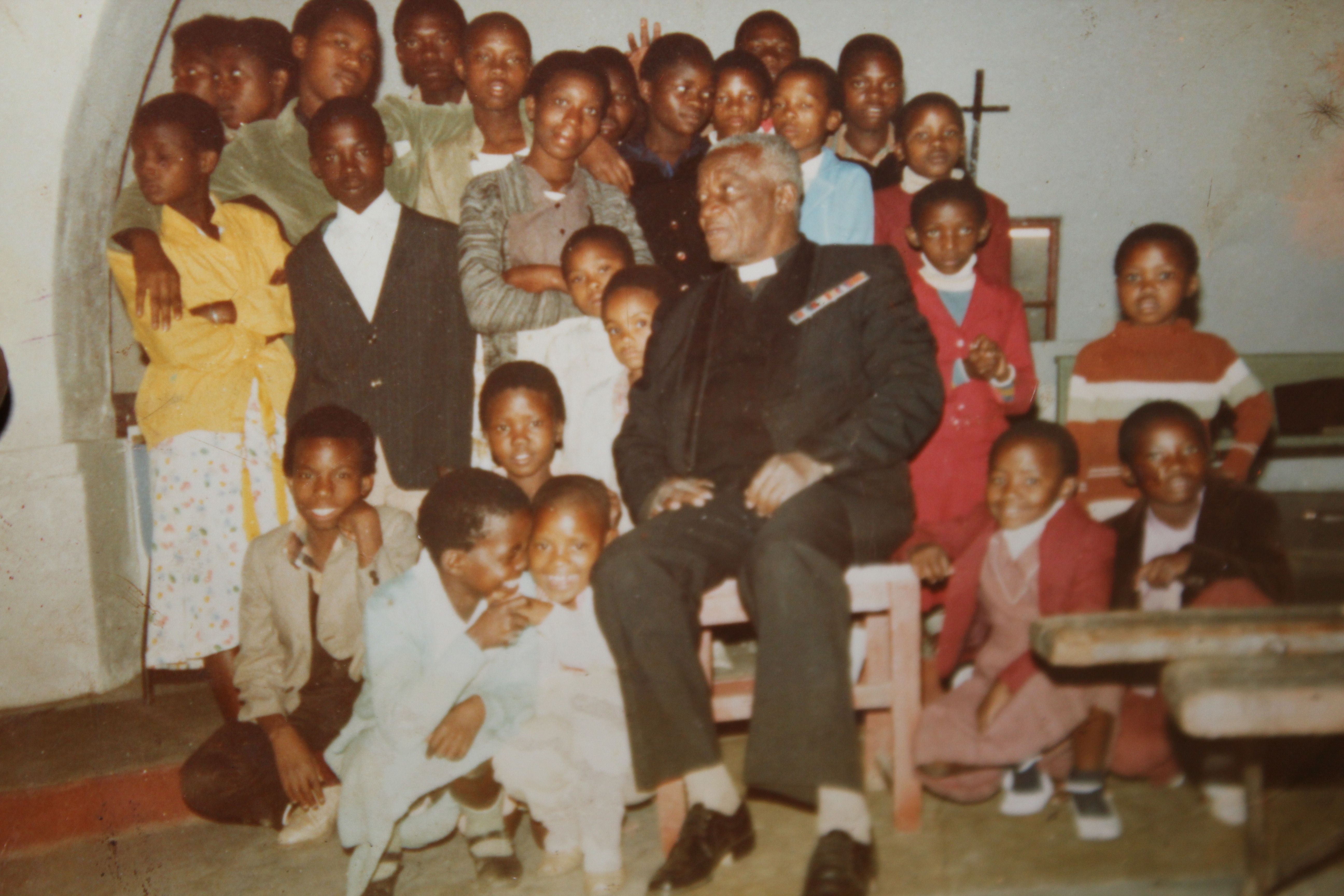 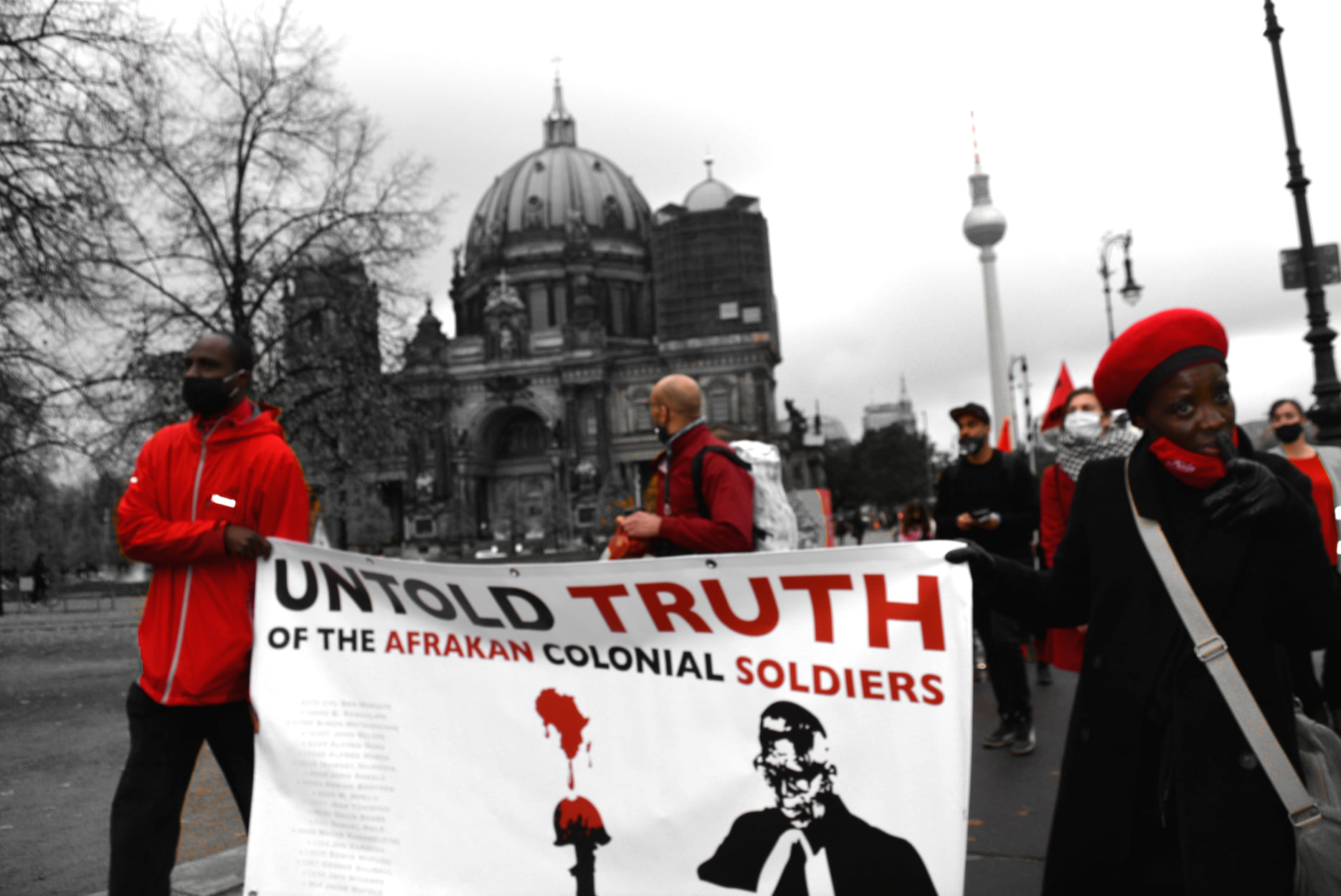 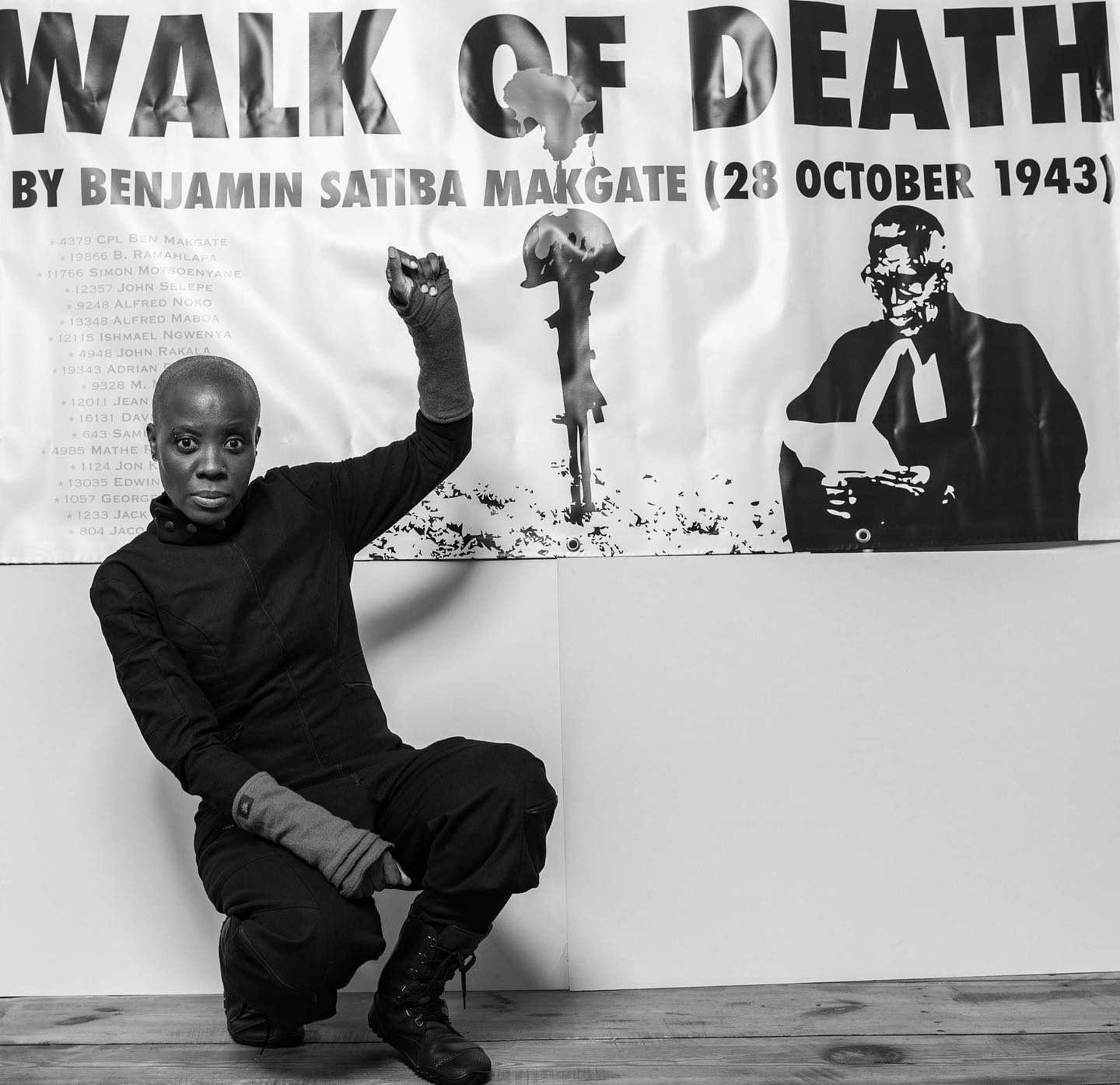 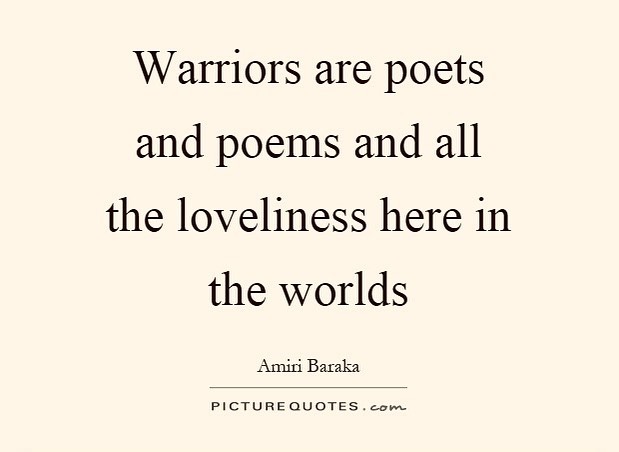 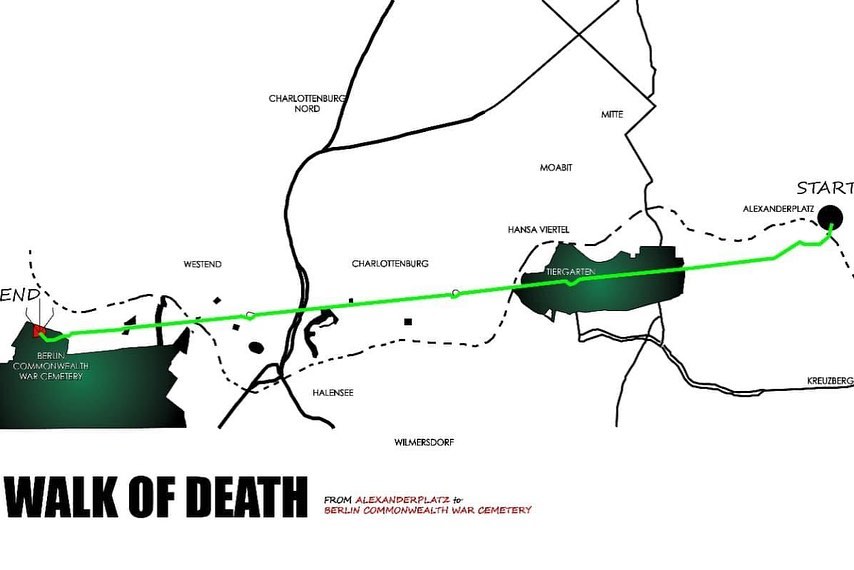 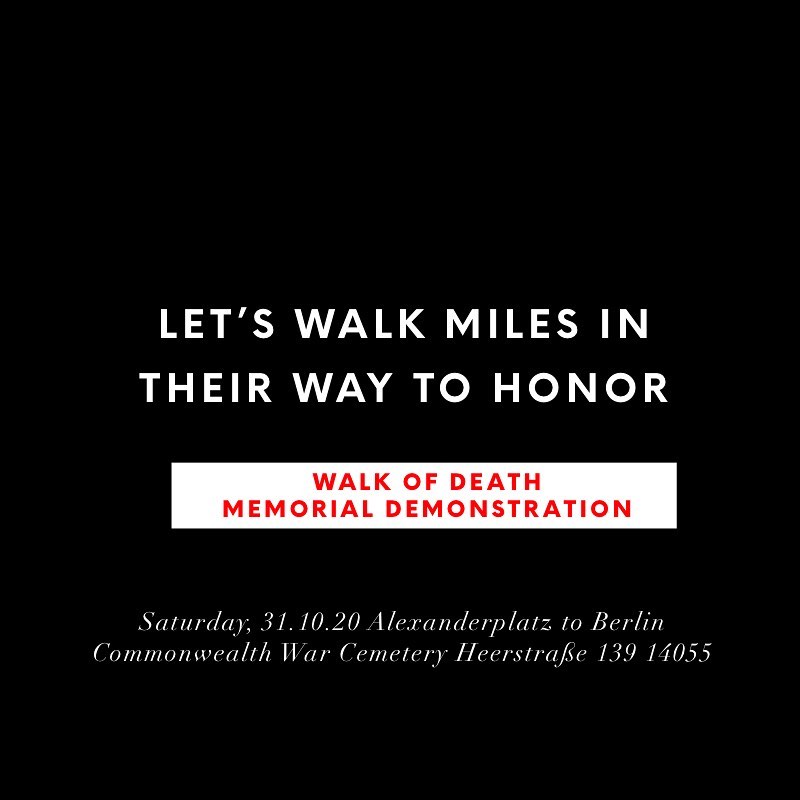 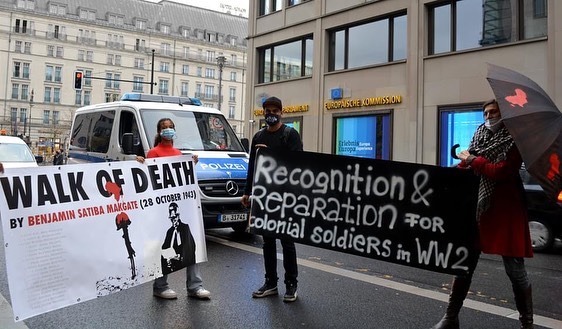 As well as attending you can support the memorial protest in a number of ways.
Contact us at info@walk-of-death.com
Spread the word
Help us get the message out by
sharing the event with your network
or
recommending us for media coverage
Support
You can help us finance the memorial
by donating to our crowd sourcing,
all money will go to running the memorial.
Volunteer
As well as attending if you are able
to volunteer on the day to ensure
attendees follow covid rules and
that everything runs smoothing